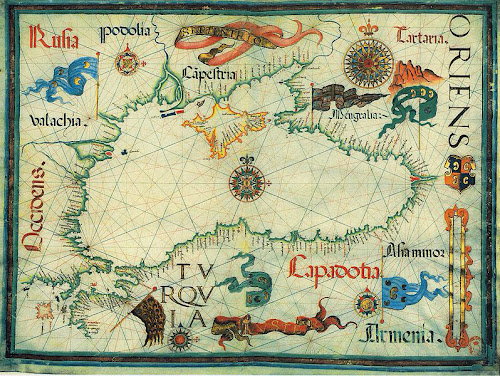 I have recently been thinking a lot about creating a new campaign world and have been inspired by quite a few different sources. One of the ideas I am kicking around is that of micro-kingdoms.

A large faction would have around 100 to 150 men at arms or troops to call on. A small one might have as few as 25 or 30. I feel that this will allow me to build a campaign world where the political lay of the land is always in flux, with smaller factions grouping together for strength and larger ones always attempting to grow and expand.

One inspiration is a forest with too many trees. All are trying to thrive and get sunlight but sometimes there just isn't enough room. Some wither and die others thrive. This is where player characters come into play in the early game. They become the foresters so to speak, either trimming down and paring large trees or destroying small ones, either way they change the landscape of the forest.

By having smaller kingdoms characters are able to put their stamp on the world as a whole in a large way. Even a large kingdom that loses 30 of 150 men at arms will be highly impacted. They now are forced to rebuild and regroup while others may fill that power void. The landscape will change and the players are the fulcrum throughout their entire careers.

Another advantage comes in the late game when characters may be building strongholds and trying to forge territories of their own. Do they gain these through force, subterfuge or by way of reward for loyalty and service? These are all viable options in this sort of setting. This also gives all alignment types and play styles a viable way to gain power. Whether they decide to be an assassin or a paladin there are large gains to be had. Would they prefer to rule behind the scenes through a figurehead or sit on a throne themselves? Anything seems possible in this sort of setting.

To me this seems like the ultimate in sandbox play. Many times kingdoms and worlds are static and merely a story that the DM has already written. My goal is to design a place that makes players feel like their actions matter in huge ways. I want them to be those few touched by fate. Destinies, lives and kingdoms rise or fall, live or perish, and are dependent for the most part on their actions or perhaps even their inaction. Well, I think I have a lot of work to do...